Could Florida Iguana Hunting be Your Next Big Adventurous Experience? 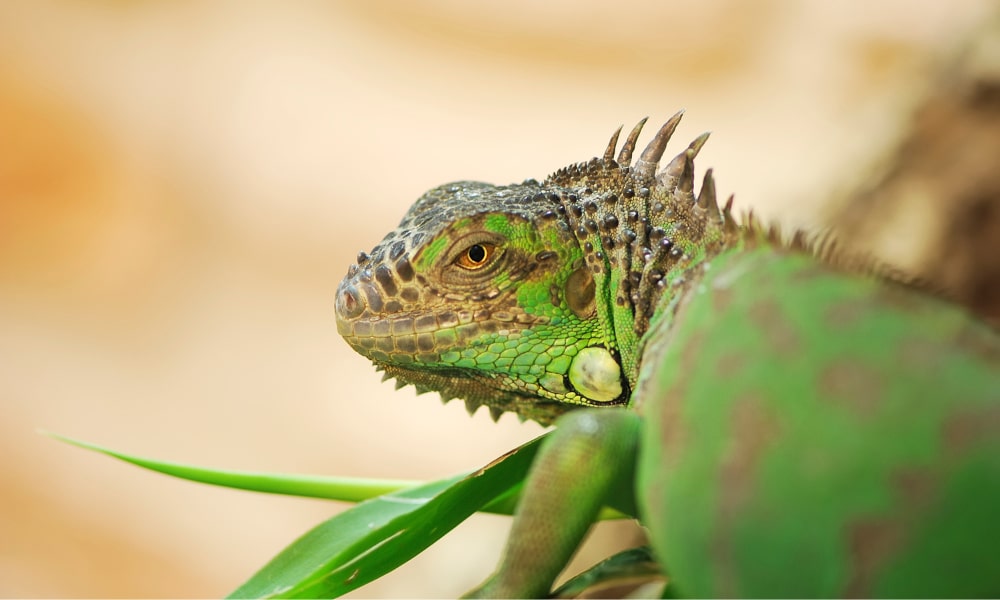 How Florida Iguana Hunting Can Be Your Next Big Adventurous Experience

When you think of Florida Iguana Hunting, you may think we’re worried about the wrong reptile. Can this small creature really leave more chaos in its wake than Florida’s unfriendly neighborhood crocodile?

But in the last few decades, you may be surprised to hear that the green iguana is one of Florida’s most destructive visitors, to the point where current land management is at its wits end.

You may also be surprised to hear, that the hunting season in Florida is apparently emphatically–and indefinitely–open, from our gatherings on the Florida Fish and Wildlife Conservation Commission.

We may not think of the iguana as a traditional target for an afternoon hunt, but in Florida, they have forced themselves more and more into the spotlight. The green iguana (with the quite amusing and surprisingly memorable scientific name of iguana iguana) is not a native species in Florida, but in the last few decades, they have established breeding populations, especially in the warmer areas of southern Florida.

These feisty little critters look like they belong in a jungle, but they are often found in Floridian suburbs, often making their homes in agricultural areas and urban developments alike. In the wild, they are born underground, and they are initially quite a social bunch, with the young iguanas sleeping in piles side-by-side, often with alligators a stone’s throw nearby. Green iguanas are quite hardy, comfortable both in the water (whether swimming in fresh or saltwater) as well as being quite talented climbers.

They are also incredibly popular pets due to their striking features–they can grow up to five feet long, weigh up to 17 pounds, and despite their name, can actually be a wide array of colors–green, red, blue, black, and everything in between!

These handsome fellas are well loved in the exotic pet trade, and while they live up to 10 years in the wild, their lifespan nearly doubles that in captivity. In 1995, over 1 million iguanas were imported to the United States (CIte). However, they grow quickly, and some ambitious owners may not have the resources to care for such a large reptile. It is suspected that many of the current population are descended from individuals that were released, either accidentally or on purpose.

Since When Does Florida Have Wild Iguanas?

Unlike their alligator cousins, iguanas have not always been associated with Florida. They were first reported around 1960 in Miami-Dade County along the southeastern coast. They do occasionally show up farther north, often suspected to be escaped or released pets. However, due to their cold-blooded nature, these populations are generally not long-lasted. While they are hardy climbers–and some are even quite good at falling, able to withstand 50 foot drops without a scratch–even these talents have their limits. These iguanas grow immobile when the temperatures fall below 44 degrees fahrenheit, which can lead to literal showers of petrified iguanas falling from the trees.

This led to the green iguana populations putting down deeper roots along southern Florida. Their affinity for the water and their hardy nature make it unsurprising that they’ve made an appearance outside of their natural habitat. In southern Florida, many are suspected to have arrived on the peninsula by hitching rides on crossing boats and shipping crates.These critters often make their homes in culverts and drainage pipes, which makes the urban canals of South Florida a perfect place for them to claim.

It’s unknown how many iguanas are roaming Florida now. More than 7,000 iguana sightings have been reported, most of those documented since 2012.

Why Hunt These Little Fellas?

What damage can these cute little living dinosaurs do? As it turns out, quite a lot.

As is the case with most destructive invasive species, the green iguana has no natural predators in southern Florida. This means that the population can continue to grow without any other animals helping to keep them in check. This might not be so bad if the natural landscape limited their populations, but as it turns out, these creatures are both hungry and destructive.

Hungry: These little lizards have a big appetite! They are normally herbivores with a hankering for flowers, fruits, and vegetables-with a few exceptions such as insects and other small critters–but they still pose a significant threat to the natural wildlife. They eat more than the neighborhood’s petunias: they have also been found to eat threatened species directly (including tree snails), as well as competing with the endangered Miami Blue butterfly by eating butterfly’s vegetation, the nickerbean plant.

Destructive: Lizards don’t need to be Godzilla-sized to cause Godzilla-sized havoc. Green iguanas love to dig burrows to live in, and when the labyrinth of burrows happens to be under current infrastructure, disaster ensues. These burrows can ultimately weaken and crumble sidewalks, seawalls, foundations, and canal banks alike. Think this just leads to an occasional pothole? Think again! Tunnels left by iguanas in a West Palm Beach dam caused $1.8 million in damages, and in 2018, an unlucky iguana wreaked havoc in a Key West electrical facility and caused a ten minute power outage from its unpleasant adventuring.

More Than a Trophy Hunt–How To Hunt Them in Florida

Without natural predators, it’s up to humans to deal with this invasive species as firmly and fervently as possible. In 2019, The Florida Fish and Wildlife Conservation Commission (FWC) encouraged homeowners to exterminate green iguanas as humanly as possible whenever the reptiles are found on their property. No permits required, even on public lands! While the free-for-all has been tempered, there are now options to help cull the numbers of this invasive species in a safe and controlled manner and meet the goals of land management.

These days, there’s a new way to tackle the iguana problem: guided iguana hunting tours. These types of hunts are good for beginning outdoorsmen who are looking to get started, but they can also be a good fit for experienced hunters looking for a new type of adventure while also helping preserve the Floridian ecosystem from invasive species. As any seasoned hunter knows, hunting is not only a form of recreation–it can be a form of stewardship.

What does an iguana hunting in Florida look like? As it turns out, there are many different methods. Because iguanas are comfortable on both land and water, hunters can find them sprawled in the sun or out in the muck. Iguana season is open all year, and often, no permits are required on public lands. Bag limits aren’t usually applicable either. If you can find them, you can hunt them! That can be in a boat or in a field, close up with blowguns or far away to snipe them.

One of the most common methods Florida iguana hunting is by using airguns or air pellet rifles. This is a versatile and relatively easy way for hunters, no matter what amount of experience they have. However, other more creative means–such as blowguns, crossbows, fishing bow and arrows, and even a pole noose have been used.

Iguana Hunting is Safe and Enjoyable

If you want to try this experience for yourself, a guided hunt is never a bad way to go. The guides will know the best places to find these creatures, and even better, they may know what areas may need the populations culled more than others. From there, they can tailor your experience to your whims. Want to get out in the swamp? Your iguana hunt is only a boat ride away. Want to stay out dry in the sun? There are fields where iguanas sun themselves.

There is another benefit to consulting with a guide.  These experts may even have some tasty iguana meat recipes up their sleeves, for the adventurous hunter who has equally ambitious taste buds. Don’t worry, the dishes are safe. Iguana is a traditional dish in parts of the Caribbean, and this tradition lives on strong in Florida as well.

Ready to get started? Consult a Iguana hunting experience guide today, and see what you can do to help Florida’s natural wildlife while also making the memory of a lifetime!

Rockon Recreation Rentals is the best place on the web to search local rental adventures, compare prices, and book outdoor recreation gear & equipment  all in one place.